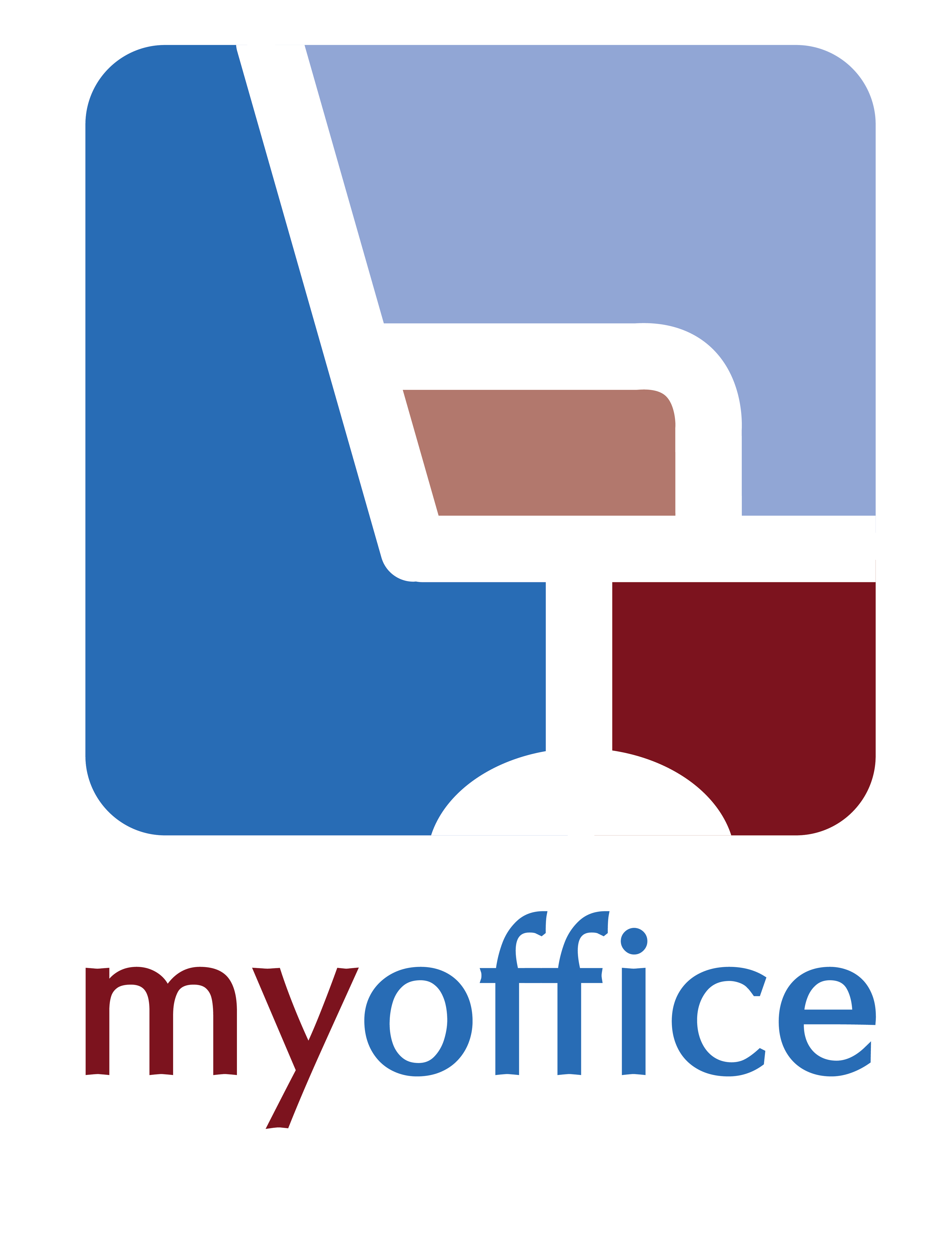 In the busy streets of Manila, these eight coworking spaces help freelancers, corporates and creatives find inspiration in their day-to-day grind.
If you ever mentioned the word phrase “coworking spaces” in Manila during 2009, you would draw many blank faces in a crowded room. Fast forward to 2016, and the phrase has become part of Manila’s startup-tech lingo, a phenomenon that many Filipino corporates look now as “refreshing” and “innovative.”
With many coworking spaces now cropping up in Manila, e27 takes a look at eight coworking spaces in Manila and how they have impacted the Philippine entrepreneurial ecosystem.

A SPACE Philippines: Innovative by Design

It is not every day that you step in a coworking space that has an art gallery, a bar, a pop-up healthy snack bar, several gravity chairs, and a professional kitchen up on the upper floor. It is also not every day where you meet a founder that promises its community, “What do you need? We’ll figure it out for you.” No wonder then that a wide spectrum of innovators get housed by A SPACE, ranging from art enthusiasts, musicians, technology companies, and creative designers.
Founder of A SPACE Philippines, Matt Morrison, describes his strategy as organic as the community he accepts, painstakingly devoting a lot of time with his team to capture the culture of each customer he has, even matching them with an inhouse interior designer to suit their needs. Morrison’s maxim of “community first, questions later” and “next-gen coworking” also shows in the events A SPACE offers, with Filipino bands performing their latest hits, yoga sessions, creative workshops, startup competitions and hackathons, and… food and wine tastings!
It is never a boring day at A SPACE with new friends and trends stopping by your table. Coupled with the fastest wifi connection in Metro Manila and doors open 24/7, partnerships and collaborations naturally form within A SPACE.
Confidence in the Philippines has led A SPACE to invest in space and membership, which currently has the largest local network and the most diverse space options with a high occupancy rate, indicating their confidence is matched by the enterprise community, with locations in Makati, Taguig City and the Crossroads in Cebu City. It also powers and supports another coworking space called A SPACE Palet, another large coworking space which focuses in enriching the growing tech community, with folks from Firefox and Google inhabiting the space.

Ever felt like you wanted to make the world a little bit better but did not have anyone to talk to? That is where co.lab xchange comes in. co.lab is run by original co-founder Francesca Zimmer-Santos, advocate for local products; and impact investment firm and incubator, xchange.co.lab, with its homey atmosphere and its bright orange and blue walls, was the first coworking space to be set up in Manila during 2011; currently, it houses the strongest social enterprises and networks in the region.
With organisations such as Ashoka Philippines, Grameen Foundation, and LGT Venture Philanthropy, conversations on how to sustain and promote social entrepreneurship become commonplace for this coworking space. Adding to the mix of social enterprises, mobile app development studios and tech startups such as Booky and MatchMove Pay are also housed in co.lab.
Events in the space are also geared toward promoting local Filipino projects, products, and social enterprises, having workshops run by Ashoka Philippines, crowdfunding meetups from The Spark Project with a mix of tech trainings by Tech for Good, formerly known as the PGE community.
If you love promoting what is “proudly Pinoy,” co.lab xchange may be the right community fit for you. The coworking space is located in Pasig City, and open from Mondays to Fridays.

Sometimes the community you attract is defined by its location. 47East’s name is derived from its address, 47 Esteban Abada Street. It is located quite close to two of the biggest universities in the Philippines, so it is no surprise that the community it attracts are both young and young at heart.
47East’s services should be familiar to any college student, as it even offers a dormitory on the upper floors if folks need to stay overnight. 47East also has a perks program, where presenting your membership card allows you to get discounts for certain restaurants, salons, extracurricular classes, and printing services. For its events, 47East has a lot of introductory courses and workshops to offer, with creative jam sessions to boot for its community.
For any fresh graduate that wants the same atmosphere as their college campus yet entrepreneurial in nature, 47East would be worth your while.

When setting up or expanding one’s business in the Philippines, founders or corporates usually find it difficult to find the right services and players to trust in a new ecosystem. Penbrothers’ main differentiation from the rest of the coworking spaces in Manila is its priority in delivering top operational services for each of its coworking inhabitants.
Headed by Gui Faria and Nicolas Bivero, Penbrothers provides businesses a full suite of human resource services, strong legal assistance and hiring services – all that which can help businesses in their day to day operations. Because of this focus, a large part of the Penbrothers community are growing B2B startups and companies, who become loyal customers of Penbrothers’ services.

At times, incubators double as coworking spaces – such is the case of BITSPACE in Makati, a coworking space that is a part of Brainsparks, an innovation and startup hub in the Philippines. Headed by Artie Lopez and Lionel Belen, incubatees of Brainsparks work in BITSPACE, fostering entrepreneurial conversations and experiences.
Both founders spend time not only figuring out what they need to scale but also provide startup coaching and mentoring. Because of this strategy, a lot of the events that Brainsparks and BITSPACE invests itself in are startup or tech-related, offering programming classes and startup talk series.

To some, coworking spaces should be a place of reflection and creativity, located at a distance from the populated Makati area. The Racket Room Collective in Quezon City is a coworking space that celebrates budding creativity, where individuals find themselves exploring new passions, ideas, or hobbies.
Its founder, Miko Medalla, reflects its events similar to its community, offering workshops and speaker series that cater to freelancers who enjoy creative, civic, and social ventures for the Philippines. Medalla also notes that expansion plans for the Racket Room Collective are underway.

To say that coworking spaces are only for digital nomads would be a fallacy in the walls of Acceler8. A coworking space with a touch of class, Acceler8 caters to mostly professionals and entrepreneurs in Manila. It’s meant to be a creative space that fosters entrepreneurship and collaboration, with co-founders Mikko Barranda and Carlo Coronel to guide entrepreneurs in maximizing their productivity.
Acceler8 also offers various business solutions such as virtual office, private offices, and meeting room packages – members are able to access not just Acceler8’s facilities, but also maximize the business lounges and meeting rooms of vOffice centers present in Taguig and Makati.
Apart from these services, Acceler8 focuses on offering business workshops, tackling topics such as data analytics, sales, customer service, and business writing. Of course, folks at Acceler8 also unwind with wine tasting sessions and energetic community events.

Beginning primarily as a virtual office and leasing space in 2004, MyOffice has expanded its services to become a “build-your-own virtual office.” Offering customized packages to its customers, offering a more mobile working solution than any other coworking space in the Philippines. Customers have the ability to pick-and-choose features they want, whether only wanting a virtual office, or an assistant to take their calls.
Run by Georgianna Carlos, MyOffice offers a unique selling point to companies and startups as it can completely free up entrepreneurs from any kind of office space if they wish to do so, in order for them to focus on more important business matters.
From these eight coworking spaces alone, promoting and creating new and diverse communities have become the standard. Within these spaces, individuals are now empowered in focusing on shared goals and visions for the country. Whether it is forming a well-designed innovation or strengthening bonds with local and social enterprises, coworking spaces have definitely contributed to more collaborative and creative communities in the Philippines.

You can login using your social profile
Problem with login?